It's bad enough starting a new adventure game in a hospital with no memory. It's even worse when you're the lone survivor of a brutal attack on the institution, making you the prime suspect of a tragedy you can't remember. Delving your lost memories and uncovering the truth is at the heart of The Butterfly Sign, trilogy which recently released its second installment.

In this first-person psychological mystery set on the border of Romania and the Ukraine, players control Jack, a patient at Memority hospital under the care of a pharmacologist named Dr. Romanov. Found unconscious near the clinic but with no recollection of the attack that only he emerged from alive, Jack is willing to take drastic measures to regain his memories and prove his innocence through the use of an experimental drug that "immerses him in the depths of his mind and precisely restores all the events" that have occurred. Within these playable flashback memories, you must collect clues and piece together the evidence to determine who is responsible. But beware, as evidence can be interpreted multiple ways, and the drug can have unexpected side effects.

Created by indie developer Quantum Phoenix, The Butterfly Sign is a 3D "detective story" with realistic graphics rendered with the Unreal Engine 4. Although present-day Jack is confined to his bed the entire time, within his memories your are free to explore the hospital and its grounds, scouring multiple murder scenes in search of evidence that will help you "gradually reconstruct the events." Along the way there will be a variety of puzzles to solve (some of them timed), the degree of challenge depending on which of the four difficulty levels you choose. You will also have to make dialogue decisions and draw conclusions from your investigations, which will impact the outcome of the game.

While the debut installment is a fairly straightforward trip down (a very disturbing) memory lane, the second chapter, subtitled Human Error, introduces the effects of an unavoidable medication overdose. In this episode, you will traverse the same areas, but this time experience multiple levels of memory simultaneously. Some of these memories will cause errors that result in "looped space" from which you'll need to escape in order to proceed.

The first two chapters of The Butterfly Sign are available now on Steam (and currently on sale), with the final episode expected to be released in May. To learn more about the game, check out the ten-minute gameplay trailer with developer commentary, or drop by the official website for additional information. 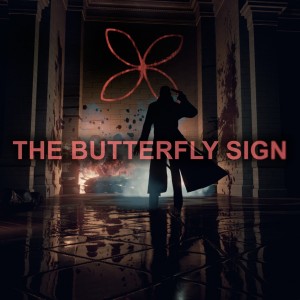