Life after death continues to be fertile soil for adventure games. Now London developer Arrogant Pixel is preparing to venture into Purgatory, putting the finishing touches on the debut installment of its new episodic trilogy, The Tale of Doris and the Dragon.

The Tale of Doris and the Dragon revolves around Doris, an elderly lady who has recently passed on and is now in Purgatory. Here she meets many various oddball characters, including one with whom she forms an unlikely bond. The game’s teaser trailer tells us that something – or someone – is up to no good, an ominous being who has hatched some as-yet undisclosed dastardly scheme. The only thing standing in his way is Doris, a senior citizen who pushes a red handcart around with her to store her belongings.

Starting as a solo pet project by Ben Simpson in 2015, the series debut was initially released for free and was so well received that it has since been revamped for full commercial release by its now-five-person development team. The new version will still feature the same unique graphic style using retro pixel art images developed by Simpson in Photoshop. The game promises a classic point-and-click adventure experience focusing on puzzle-solving within a “quirky” narrative, the team citing inspiration from such LucasArts classics as the Monkey Island games and Grim Fandango.

Being released in three parts, The Tale of Doris and the Dragon will debut sometime this fall for iOS and Android platforms, with Windows, Mac, and Linux versions to follow.

The Tale of Doris and the Dragon 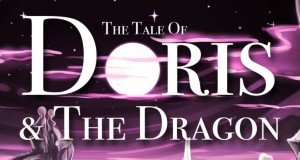