VR-based The Assembly coming together for 2016

Virtual reality has yet to fully arrive for video games, but already an impressive lineup of VR-inspired titles is in the works. One of those is The Assembly, British developer nDreams' upcoming first-person adventure that promises to give players an exploration-heavy experience in a mysterious setting where moral choices abound.

The story revolves around the titular Assembly, an organization that believes society's laws and morals are holding back scientific progress by keeping certain areas of inquiry off-limits due to their ethical implications. In order to advance research into these areas, the Assembly has built an underground bunker where it can conduct any experiment it wishes beyond prying eyes, in the hope that they might discover a universal “theory of everything.” The Assembly operates not unlike a religious cult, with members being initiated into the organization through a series of trials. Over the course of the game, players will play through the eyes of two characters who promise to color the experience with their unique perspectives on the Assembly and its goals: Joel, a disillusioned Assembly veteran who has come to question their methods, and Madeleine, who has been essentially kidnapped and brought to the underground facility to undergo her initiation tests.

The game will be divided into a number of chapters during its projected 3- 4 hour length, with each chapter devoted to one character or the other in alternating fashion. Joel and Madeleine's physical and mental differences will impact how each chapter plays. For instance, Joel is taller than Madeleine, so the tops of doorways will seem closer to the player during those chapters. Their walking paces and footstep sounds will be different as well, and as an insider Joel's commentary on the Assembly and the circumstances of his involvement promise to be of a different tone than the newcomer Madeleine's.

The Assembly’s gameplay will have plenty dialogue and conversation, with puzzles interspersed throughout. In a story written by The Talos Principle’s Tom Jubert, morality is heavily emphasized for the player to wrestle with, with questions along the lines of "Would you kill one person to save ten?" and similar dilemmas that will affect the outcome and endings depending on how the player deals with them.

There will be no fast-paced action sequences, the adventure focused instead on a strong narrative, with exploration and leisurely pacing. Although a standard monitor, mouse, keyboard, and gamepad can be used for controls, The Assembly is being tailored for VR headsets, and is planned as a launch title for both the Oculus Rift and Sony’s Project Morpheus. In light of this, the game can be expected to arrive on PC and Playstation Network for PS4 sometime next year when the associated hardware peripherals are released. 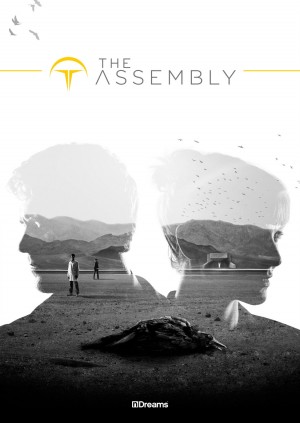