Over 20 years ago, Myst helped revolutionize videogames in the burgeoning CD-ROM era. Since then, the game has gone on to spawn multiple sequels and spin-offs, while its extensive cultural backstory has been captured in numerous novels. Now the series is taking aim at television, as Cyan Worlds has signed an agreement with Legendary Entertainment to produce a Myst program.

The better news for adventure gamers is that this will be more than simply a passive viewing experience, as it's being designed as a true cross-media interactive event. As reported in VentureBeat, Cyan's VP of Business Development Blake Lewin claims that the goal is "not just to create a compelling TV drama but to develop a true transmedia product that will include a companion video game that extends the story across both media. With 70 percent of tablet owners using their device while watching TV, Cyan sees the potential to push the boundaries of interactive storytelling to a new level.”

While Cyan isn't ready to share any details about the project itself or release timeline just yet, they have confirmed to Adventure Gamers that franchise co-creator Rand Miller will be involved creatively in the project. More information will be available in the coming months, giving us something else to look forward to from Cyan, along with their highly anticipated non-Myst adventure, Obduction.

See all games in the Myst series 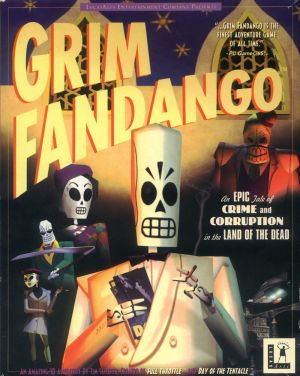 Well well.  I remember them almost doing a miniseries and being so excited.  And there’s still that Idea of a movie of book of T’iana floating around.  But this sounds like the old Cyan/Miller spirit of entrepreneurship - breaking in new media and tech.  Keep your eyes on this one.