Life Is Strange in upcoming story-driven adventure by Square Enix

Life may be strange, but what's even stranger is Square Enix's sudden attraction to adventure games. Following the release earlier this year of Murdered: Soul Suspect comes news of Life is Strange, an episodic, narrative-driven series currently in production at Dontnod Enterntainment.

Life is Strange is set in the fictional town of "Arcadia Bay, Oregon, where senior student Max Caulfield returns after a 5 year absence. Reunited with her former friend Chloe, the pair begin to uncover the uncomfortable truth behind the disappearance of fellow student Rachael Amber." While this may sound unremarkable at first, the developers promise that "choice and consequence play a key role in how the narrative unfolds." Even that may not distinguish it from a number of other recent story games, but the twist here is that "Max discovers she has a remarkable power… the ability to rewind time. In Life is Strange the player has the power to affect the game’s narrative and also change the course of history itself." In terms of presentation style, Life is Strange will be a third-person, free-roaming 3D adventure, not unlike Dontnod's previous game, the equally-story-driven but more action-oriented Remember Me.

There is currently no release date set for Life is Strange, but the game is slated to launch on PC, PS3, PS4, Xbox 360 and Xbox One. 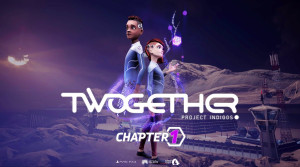