Horror adventure The Apeiron Project scaring up pledges on Indiegogo

If you fear the abundance of promising crowdfunding projects is going to bleed you dry, the nightmare continues with an Indiegogo campaign for Footprint Games' horror adventure The Apeiron Project.

The Apeiron Project puts players in the troubled first-person shoes of a man named Steven, who awakens alone in a dark abandoned manor. In seeking a way to escape, Steven must face his childhood fear and "an obscure presence hidden in the deepest part of his memories." As you travel through the game's three main locations -- the manor, a ruined city, and a secret lab, each representing a different period of Steven's life -- you will experience more than ten different nightmares, in which Steven's deepest fears become real.

As seen in the game's early gameplay video, The Apeiron Project is a free-roaming 3D experience. The developers are promising a variety of environments to explore, puzzles to solve, and characters to talk to, with more than a hundred lost memories to collect along the way. There will also "horrible enemies" to confront, but the developers claim that the danger isn't constant and that the action will be secondary to the adventuring.

In order to complete the game for Windows, Mac, and Linux as early as October (with iOS and Android versions to follow), the developers have launched a fundraising campaign. Early birds get the best deal, as a discounted pledge of $5 will get a digital download of the game and your name in the credits, a reward that jumps to $15 once the offer expires. Higher pledges earn such perks as a printed poster, physical copy of the game, T-shirts, and even a place in the game itself.

To learn more about The Apeiron Project and to contribute to the campaign, check out the Indiegogo page for full details. Note that as a flexible funding campaign, the developers will receive all pledges made to the game, regardless of whether it reaches its ultimate goal of $15,000 by May 31st. You can also vote for the game on Steam Greenlight. 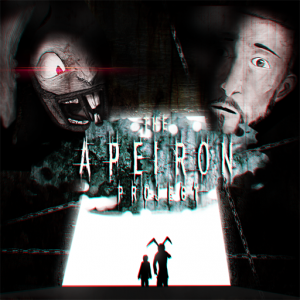