The Cave open for tours in new Ron Gilbert adventure

Remember Ron Gilbert? Designed a couple adventures back in the day called Maniac Mansion and The Secret of Monkey Island? Yes, that Ron Gilbert, the legendary adventure game designer who returns at long last to the genre today with his long-awaited The Cave.

The Cave is no ordinary adventure, mind you, and this is no ordinary cave. Pushing boundaries much as he did back in 1987, Gilbert's new game gives players the choice of three playable roles (from seven available), including a missing-toothed hillbilly, an Asian monk, a bespectacled scientist, and a pair of googly-eyed twins, among others. Each has his or her own unique skills, personality, and backstory to uncover, while the cave itself serves as the omniscient narrator.

Playing either alone or with one or two friends in local (same room, not online) co-operative gameplay, spelunking players will explore a surprising variety of cave locations, including "a subterranean amusement park and a medieval castle, not to mention a fully armed and ready-to-launch nuclear-tipped ICBM." There will be some minor platforming elements to contend with along the way, but these are intended merely to increase interactivity rather than provide a reflex-based challenge.

The Cave is available exclusively for download today on PC, Xbox 360, and PlayStation 3, and WiiU. To learn more about the game, check our our recent multiplayer preview and behind-the-scenes interview.

A new puzzle-adventure from Ron Gilbert, creator of Monkey Island.

Dordogne to begin welcoming visitors in 2021 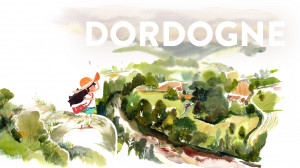 Great game! Ron Gilbert did a fantastic job with this project!