The Walking Dead springs to life in first episode

They're alive! (Or at least, undead.)  Zombies are on the prowl today, as Telltale has released the debut episode of its new series, The Walking Dead, along with a brand new trailer.

Telling an all-new story in the world of Robert Kirkman's acclaimed comic book series of the same name, the new five-part series follows the survivors of a zombie apocalypse.  In the first episode, A New Day, players must guide a former college professor named Lee Everett, who was recently convicted of murder, and a little girl named Clementine out of Atlanta to Lee's hometown of Macon.

The Walking Dead is not a traditional adventure, offering few puzzles while including occasional Quick Time Events to avoid danger.  However, nor is the emphasis on "action", or on zombie-killing horror.  Rather, the narrative focus is on the characters themselves, depicting "how people caught in an apocalypse deal with facing their own death every day, and the horrible choices they have to make to survive." And choices have a tangible effect here, impacting the way the story plays out.

The first episode is available now for PC and Mac directly from Telltale and other download portals only as part of a full-season purchase. The game has also been released as a standalone episode today on the PlayStation Network, and will be launched soon on the Xbox LIVE Marketplace.

For more details about The Walking Dead, check out our preview of the game. 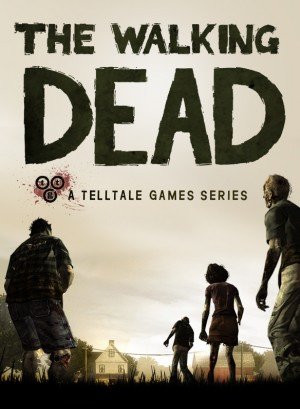