Back to the Future arriving soon in European stores

If you've yet to play Back to The Future: The Game, then fear not, you're not 'outatime'. Publisher Deep Silver have announced a new deal with Telltale to bring the popular game series to European stores within the next couple months.

Set six months after the finale of the original movie trilogy, Back to the Future The Game reunites Marty and the Doc for yet another continuum-disrupting romp across time. Back in 1931 Hill Valley, Marty finds himself having to recruit the help of a resistant teenage Emmett Brown in order to track down the current Doc, voiced by none other than Christopher Lloyd himself. There's lots for fans and non-fans alike to enjoy, with plenty of familiar faces from the movies cropping up throughout.

The five-episode series was launched last year as a download-only on various platforms. The European retail version will be released for the PlayStation 3 and Wii, and for PC in certain territories.

No firm release date has yet been announced, but look for Back to the Future: The Game to be available sometime in the first quarter of 2012. 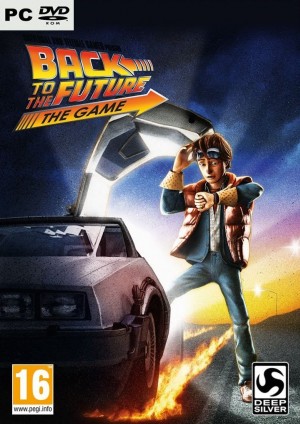