It's feast or famine where Blackwell Deception is concerned. After months of no news about the fourth installment of the popular supernatural indie series, today comes the first trailer, a playable demo, and word that the game is due to release in less than a month.

Blackwell Deception once again stars medium Rosangela Blackwell and her ghostly spirit guide Joey Mallone. When an old friend of Rosa's asks for her help to research a story, their investigation soon points to "a shady ring of street psychics who are preying on the gullible and milking them dry." Though there's no direct connection between the cases, slowly the mystery comes into focus as they converse with both the living and the dead across New York City, once again helping the latter cross over to the afterlife when possible.

The demo can be downloaded from the game's official website, where you can also place pre-orders starting today. For $14.99, players will get a free downloadable version of Blackwell Convergence to play immediately, and a download-only version of Deception on launch day. A $24.99 Limited Edition DVD is also available, which includes "all four Blackwell games, an exclusive MP3 soundtrack, animated Blackwell shorts, and other bonus materials".

If that isn't enough Blackwell goodness for you for one day, be sure to check out our recent hands-on preview and interview with designer Dave Gilbert. 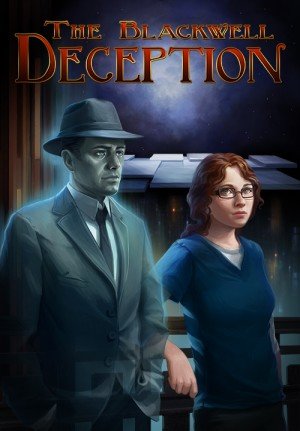