What's summer without a new Nancy Drew adventure in another exotic locale? That's a question that doesn't need to be answered this year, as Her Interactive has just released The Captive Curse.

In her staggering 24th PC adventure, Nancy is off to Germany, but her trip to a remote Bavarian castle is no vacation. Legend tells of a "creature that marauded the area centuries ago, wreaking havoc and ultimately causing the death of a young woman before disappearing without a trace." Lately there have been sightings of just such a creature around the castle, and once again it's up to the teen detective to get to the root of the mystery.

For more details about the game, be sure view the recent trailer or check out the official website. There you can also purchase the game worldwide, either in boxed version or by download for both PC and Mac. The Captive Curse is also available now at major North American retailers. 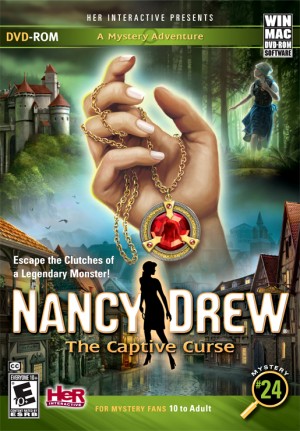