Never mind the Big Bang theory. It's The Tiny Bang Story adventurers really care about, as the Russian-made puzzle-adventure was announced today for release this spring.

Developed by Colibri Games, The Tiny Bang Story is a hand-drawn point-and-click adventure about a Tiny Planet destroyed by an asteroid. With the world now scattered in pieces, players must "solve numerous puzzles and fix imaginative machines" over the course of five chapters in order to "recover its lost beauty and help the population of the Tiny Planet".

Citing the success of the acclaimed Machinarium as an inspiration for publishing The Tiny Bang Story, Lace Mamba Global will be distributing the game throughout Europe, Australia, and New Zealand in a special retail "Collector's Edition".

The Tiny Bang Story is scheduled for release in April for both PC and Mac. 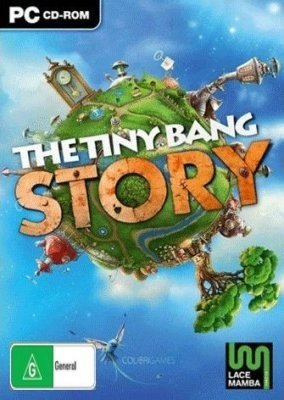 Cool!... I loved Machinarium and this looks to be just as fun.
Although I noticed there was no actual character to control.
Still good. I cant wait… i will be definitely getting this for my Mac.