Carol Reed to have a Blue Madonna Christmas

It may be a month or two later than usual, but another Carol Reed adventure is on its way, as MDNA Games has just announced Blue Madonna - A Carol Reed Mystery for release sometime before Christmas.

In the latest mystery for the amateur sleuth in Sweden, Carol is hired by artist Christina Falk, but just a day later her client is found dead, apparently by suicide. But this raises plenty of questions about the cause of death and even the real identity of the person who hired Carol. However, "with a dead client, Carol hasn’t even got a case. And with so little information, she hasn’t got any clues either. But the last thing that Christina did was to ask for Carol’s help, so Carol figures that the least she could do is look into it. And when she uncovers several curious circumstances leading up to Christina’s death, Carol just can’t let it go."

For more details about Blue Madonna, check out the official website, where a demo for the game will soon be available. 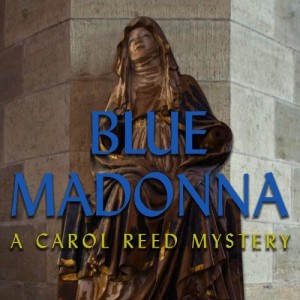 Oh Yes! I was wondering if a new Carol Reed game would be out this year. I can’t wait!