Haunted and Book of Unwritten Tales bound for winter release

The on-again/off-again publishing travails of The Book of Unwritten Tales took a turn for the better today, along with bright news about Deck13's Haunted, as JoWood/DreamCatcher announced plans to release both games this winter.

The Book of Unwritten Tales was released to widespread acclaim in Germany, but has since been troubled by original publisher bankruptcy and endless localization delays, even reaching the point of official project cancelation status earlier this year. Hopefully this time the plan will stick, so players can finally get their chance to play the fantasy adventure that casts players in multiple roles of a gnome, an elf princess, a human adventurer, and a shaggy Critter, all contributing their unique skills to succeed as a team.

Haunted is currently in development at Deck13. This 19th century supernatural adventure puts players in the shoes of young Mary, who's following the trail of her presumed-dead sister when she's captured by the ruthless Professor Lindsey Ashford. When she escapes, Mary learns that she can communicate with a very eclectic group of ghosts, and that her quest is more important than she realized, as the fate of the entire spirit world may rest with her.

No specific release dates have been announced for either game, but the publisher has targed each for "winter 2010". 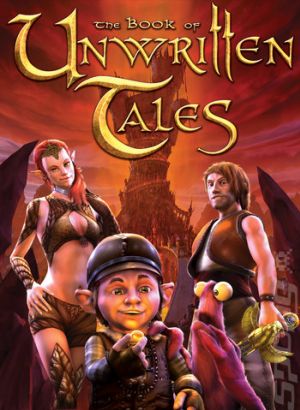