Tourist season wasn't scheduled to open for another few weeks, but it turns out adventure fans can check in early to Cateia Games' latest adventure, Hotel.

The developers responsible for The Legend of Crystal Valley are now taking players to the deluxe Bellevue Hotel in France. Visting American detective Bridget Brightstone is called in to investigate what seems like a simple jewellery theft. But the case proves to be far more complex and dangerous than she imagined, as she soon begins uncovering unexplained paranormal events, clues dating back to the Roman Empire and ancient Egypt, and a hostile local police detective that resents her outside involvement.

The game is currently availabe only at Big Fish Games. A "Collector's Edition" is due out shortly from the official website, which will include extras such as bonus art, music, and a strategy guide.

For more details about Hotel, be sure to check out our recent hands-on preview. 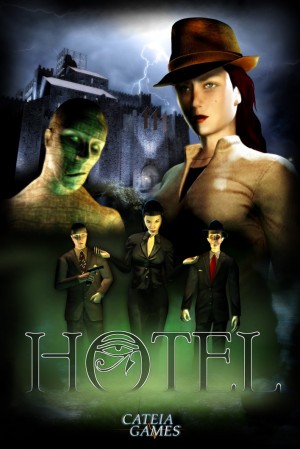