Sherlock Holmes to branch out onto Nintendo DS

Sherlock Holmes and the Nintendo DS are no strangers, as The Mystery of the Mummy was ported from PC last year. With today's announcement of Sherlock Holmes: The Mystery of Osborne House, however, the great detective is now preparing to solve his first original case on the handheld platform.

Frogwares Studio is once again back at the helm of the new adventure. This time around, assisted as usual by his trusty friend Doctor Watson, Holmes is called in by the Royal Family when Queen Victoria's genealogical records are stolen. Little is known about the gameplay at this time, but the game has been "especially designed for Nintendo's handheld system" and promises "dozens of riddles, puzzles and brain teasers of all sorts".

No release date has yet been revealed for The Mystery of Osborne House, but keep an eye on Frogwares' Sherlock Holmes adventure site for more details in the coming months.

Sherlock Holmes and the Mystery of Osborne House  (2010) 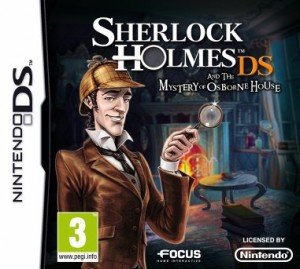