Broken Sword: The Director’s Cut chimes in on iPhone

Revolution's Broken Sword: The Director's Cut has just become a globe-trotting adventure in more ways than one, as the updated classic has now launched for the iPhone and iPod Touch.

Previously released on the Nintendo Wii and DS, The Director's Cut is an enhanced version of the first adventure for George Stobbart and Nico Collard. An explosion at a quiet outdoor cafe draws George, a vacationing American, into an escalating mystery that leads all the way to a deadly conspiracy involving the Knights Templar, with a little help and a lot of sass from French journalist Nico along the way.

The new version for iPhone and iPod Touch features the same updates as the earlier Director's Cut releases, including new playable segments for Nico, new cinematics and animations by Dave Gibbons, and a context-sensitive help system. The mobile version has been further adapted for the new platform, of course, using an improved version of the control scheme introduced previously in Beneath a Steel Sky - Remastered.

WHERE CAN I DOWNLOAD Broken Sword: Shadow of the Templars - The Director’s Cut

Broken Sword: Shadow of the Templars - The Director’s Cut is available at: 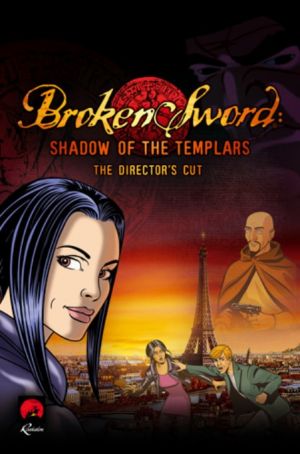