If you fancy a virtual beach vacation, that's exactly what you'll find in The Last Resort, the second episode of Wallace & Gromit's Grand Adventures, released today by Telltale Games... Or at least, as close to a beach as you're likely to find in a West Wallaby Street basement.

In the new episode, rainy weather is spoiling everyone's holiday plans, so Wallace decides to transform the cellar into an indoor water world and invite all the townsfolk to visit. Naturally, one thing after another begins to go wrong, and it's up to the mild-mannered inventor and his loyal canine companion to save the day before their best-laid plans are washed away for good.

As the second of four episodes, The Last Resort is currently available for download only as part of a full season purchase for PC directly from Telltale, with the final two episodes planned for June and July. Each episode will also be offered for the Xbox 360 through Xbox Live Arcade, though release dates for the console have yet to be finalized. 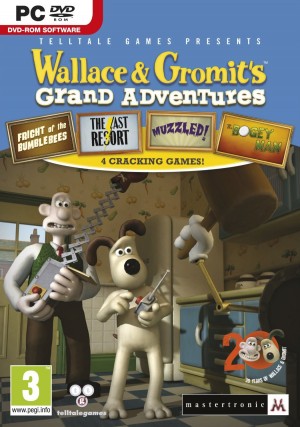