Secret Legends of Pahelika to be unveiled this week

There's good news and great news for puzzle lovers today. The good news is that a new fantasy "puzzle adventure" called Pahelika: Secret Legends was announced today by independent Indian studio Ironcode Software. The great news is that although only being publicly announced now, the game is already done and will be available for purchase later this week.

Pahelika puts players in the first-person shoes of an adventurer who discovers a magical artifact while tidying the storeroom of his ancestral home. Remembering a family legend that claims this item is actually a gateway to a incredibly powerful book called the Pahelika, he decides to find out if the book really does exist. To do that, however, he'll first need to explore the fantasy lands of six ancient civilizations, solve the puzzling challenges put in place to safeguard the tome.

While Ironcode admits that the game will likely appeal to the casual game crowd, they emphasize that storytelling is important in the game, and that "it is the adventure that really counts, and that is where Pahelika: Secret Legends really shines."

Pahelika is scheduled to be launched for PC on April 30th at a cost of $19.99. For full details about the game, be sure to check out the official website. 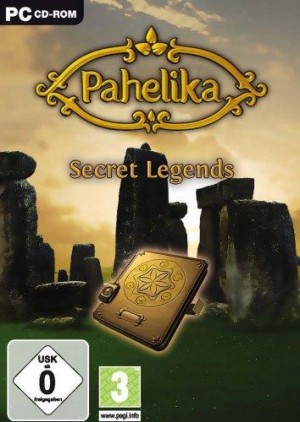