It's been a while since players last delved into a Dark Fall adventure, but there's plenty of life left in Jonathan Boakes' popular horror series, as the much-anticipated Dark Fall: Lost Souls was officially announced today. Plenty of death, too, as the new game will take players back to the ghostly environs of Dowerton.

If you thought you'd seen the last of the train station and hotel at the end of the original Dark Fall, you'll be either pleased or terrified (or more likely, both) to learn that not only will you be returning to old haunts, but they're now more deadly than ever. The buildings are in worse shape than before, and this time you'll be "stalked from one derelict room to the next, by the Dark Fall itself. It wants your soul; to feed upon, devour and torture. You must make the ghosts of the hotel your ally, through any means you can. For it is only through successful exorcisms that you will gain the strength to battle the darkness that lurks in that long forgotten, abandoned place."

While the new game will seem familiar to the original Dark Fall in some ways, it promises to be different in other key areas. Although still largely a node-based adventure, the new engine behind the game promises "full exploration and movement" in some scenes and the ability to "physically interact with the eerie setting" with some light motion-specific mouse controls. Your investigation of an all-new mystery will require you to use light as a "weapon" against the darkness and experience the nightmarish memories of the dead before you'll be able to discover the "true identity, and power behind, the Dark Fall itself."

If the promise of new Dark Fall goodness isn't enough, the first two games in the series are also being released by Darkling Room. Dark Fall: Classic Edition is largely the same as the original but optimized for Windows XP and Vista with "new sounds and a few technical tweaks" for good measure. Lights Out: Directors Cut, however, has been "massively updated to include new scenes, revamped puzzles, a new musical score and many ‘ghost’ events to send a chill up the gamers spine. You can now converse with the dead, who have many dark secrets to tell."

Both updated versions are available now from The Adventure Shop and the Dark Fall website as downloads, or bundled at the latter in a special limited edition DVD version called the 'Pins & Needles' Edition with bonus content.

The wait for Dark Fall: Lost Souls will be a little bit longer, as the target completion date is some time this summer.

Note: The Adventure Shop is an Adventure Gamers affiliate. 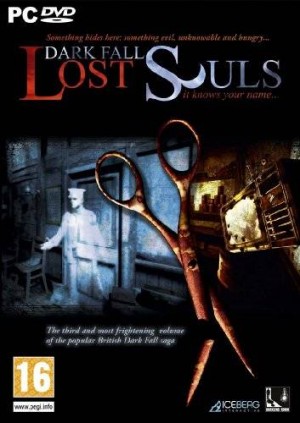