When it was first announced that one of the new games supported by ScummVM was the rare Drascula: The Vampire Strikes Back, the reaction was probably "So where the heck do I get it, and how much will it cost me?" The good news is, rather than monitoring spiralling eBay costs for the answer to that question, the game has now been officially released as freeware by its developers, Alcachofa Soft.

In Drascula, which received a limited release in the UK almost a decade ago, players control John Hacker, an estate agent accompanying Count Drascula as he attempts to negotiate the sale of a property in Transylvania. Little does Hacker know Drascula's vampire secret, and so his adventure quickly becomes a whole lot more complicated than he imagined.

Joining the likes of the previously released Beneath a Steel Sky, Lure of the Temptress, and Flight of the Amazon Queen, the free downloadable version of Drascula can be found at the ScummVM website. The required downloads include the game itself and the ScummVM data file, while optional downloads include a music file and an international localization file containing a Spanish version with both voiceovers and subtitles, and subtitle-only German, French, and Italian versions. 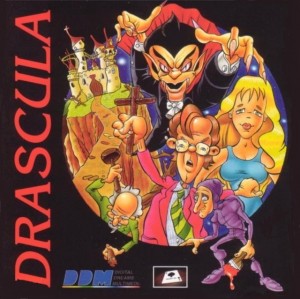