Add a dash of conspiracy, a pinch of danger, and a large dollop of buried secrets and you have a recipe not unknown in the adventure genre. However, throw in some 16th century history and epic events and people of the Old Testament and you have Adam Syndrome, the debut title recently announced by independent Israeli developer Dark Motif.

In Adam Syndrome, Professor Adam Reed has just lost his wife after a mysterious set of circumstances. In his quest to find the answers to her death, Reed finds himself following the trail of John Dee, a 16th century occultist and advisor to Queen Elizabeth I. This trail will take him all over the world, visiting "ancient lost cities, futuristic laboratories, underwater complexes, gloomy cemeteries", among the fifteen distinct locations. Throughout the game, Reed will learn of his role in a conspiracy dating back to the time of the Great Flood and biblical giants known as the Nephilim, and he will encounter members of an elusive society who want to unveil a secret buried thousands of years ago.

The traditional third-person, point-and-click adventure will feature high-resolution pre-rendered backgrounds with real-time weather effects, and over 50 characters to interact with along the way.

Adam Syndrome is currently targeting a third quarter 2008 release. For more information on the game, visit the developer's website. 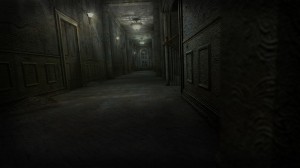