The Neverhood gets molded into a movie

According to a recent Variety report, the 1996 claymation cult favourite The Neverhood will be the next adventure game franchise on its way to the big screen.

Soon after the news that a movie version of Broken Sword is in the works, now The Neverhood has been named as one of three launch titles from Frederator Films, an independent film company that plans to focus on 2D animated movies with budgets below $20 million. The company is founded by Fred Siebert, the former president of Hanna-Barbera, and fellow industry veterans Kevin Kolde and Eric Gardner, who will work together as producers.

Even better for The Neverhood fans is the fact that Doug TenNapel, who created the original characters and co-wrote the game, is joining the film project as writer and director. TenNapel has confirmed his involvement, further revealing that he's not interested in recreating the same look as the original game, choosing instead to redesign the characters and draft several possible scenarios to best suit the needs of budget and film length. According to TenNapel, "I'm putting everything on the table story-wise and saying, 'What is the Neverhood about and who is Klaymen?'"

We're anxious to find out the answers to TenNapel's questions, so we'll be following the production of the new movie closely. At the moment, however, there is currently no scheduled release date for The Neverhood, and with production in its earliest stages, the wait will be a while yet. 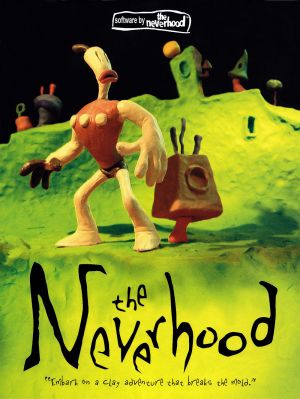