The most politically incorrect comic crimefighting duo takes a road trip to the White House today, as the fourth episode of Sam & Max: Season 1 has now launched on GameTap.

In Abe Lincoln Must Die!, Sam & Max face their toughest opponent yet, and this time it's none other than the President of the United States himself... except the President isn't acting like himself at all. It's up to the Freelance Police to get to the bottom of his unusual behaviour, or perhaps find a better candidate to run the country. If that candidate happens to be a deranged rabbity thing with a penchant for wanton violence, all the better.

Episode 4 is available exclusively on GameTap until March 8, at which point it will be available for purchase and download worldwide from Telltale. 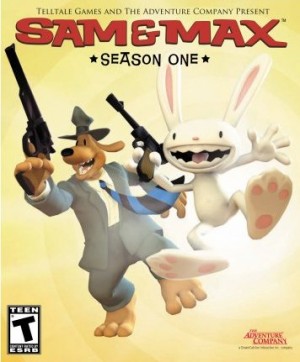