In Memoriam (Missing) 2 in the works?

In Memoriam was one of 2003's most innovative adventure games, due to its extensive use of the Internet as an integrated element in the game. Now, it seems as if a sequel to the game, which was released in North America as Missing, might get a sequel.

As players of the first game already may have noticed, new mysterious e-mails have been implying that the Phoenix has returned. In addition, a new mail from the SKL network states that they have gotten a second CD-ROM from this mysterious character.

Knowing the ways of the Phoenix, this could sure be a new, mindbending puzzle from the serial killer. Be sure to follow Adventure Gamers to hear the latest on this possible sequel. 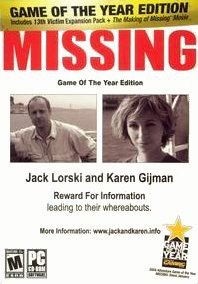 See all games in the In Memoriam series