Synthetix Interactive has sent us two impressive screenshots of their (Still) Unnamed Project Joe, representing a new direction the team taken for the artwork. The game stars the titular Joe as a low-life bar owner, whose establishment becomes target of the local maffia.

Unnamed Project Joe is an independent student-based project, though Synthetix has been looking into lining up with a publisher. Nothing has been signed yet, but what we've seen so far looks very promising. More information can be found at the official website. 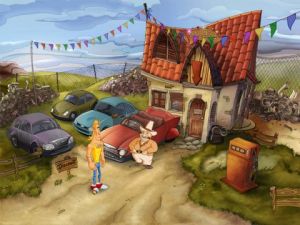