Gordon Aplin of Quandary has reviewed Largo Winch: Empire Under Threat, calling it a "surprisingly entertaining adventure game."Even the combat scenarios can be seen as puzzles as only a strategy is required and none of them proved too difficult even when faced with up to four opponents. Action fans may well find the combat to be too simple as all you do is select your opponent, choose if you will use fist or foot or other item, then sit back and watch as Largo or Joy or Simon run up to the bad guy, carry out the manoeuvre then run back to await the assailant’s attack. From an adventurer’s perspective it’s not at all arduous unless, of course, you don’t like hurting people.

Adventure-Archiv's Slydos has posted a review of Voodoo, an amateur adventure game. They award it a final score of 75 percent, saying that the graphics are quite good ("for a freeware game") and that the puzzles fit well into the context of the story.

Tierra, the developer of several unofficial remakes of classic Sierra titles, has updated the designer journals on their website. The team is currently working on a remake of King's Quest 2, so to get the latest update click to their website.

Zelenhgorm soon to be released

Zelenhgorm, the adventure game from the Swedish developer Moloto, is nearing its release. The game will be available online from Monday September 9th. It is not certain when the game will be released to retail, but Moloto is currently working on the matter. To read the full article, check out EuroGamer.

GameSpot has posted their review of Syberia, giving the game a superb score of 9.1 with the encouraging synopsis "Syberia proves beyond a shadow of a doubt that the adventure game genre is still full of life." Hurrah GameSpot!

This is not really related to adventure games, but still very newsworthy in the "bizarre" category. ZDNet reports that "a new law passed in Greece means that anybody carrying an electronic game - even if it is just on a mobile phone - could face a hefty fine [up to 75.000 euro] or lengthy jail sentence." The law was designed as a measure against illegal gambling, but it was decided to extend its range to all electronic forms of gaming.

Myst 3 coming to PS2 and X-Box in October

According to PlanetPS2, Myst III: Exile will ship on Xbox and PlayStation 2 on October 4th. The only release date that's been issued up till now said "sometime this Fall".

Outcast 2 not dead after all?

It seems that Outcast 2 may still have a chance at seeing the light of day. GameSpyDaily has this bit of news:

Her Interactive signs deal with Infogrames

Her Interactive, the development studio most known for its Nancy Drew detective adventures, has announced that it has signed an affiliated label deal with Infogrames. The press release also provides some new information on their upcoming releases: 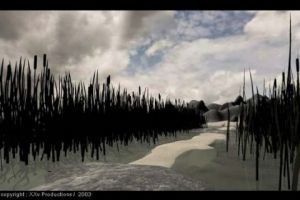 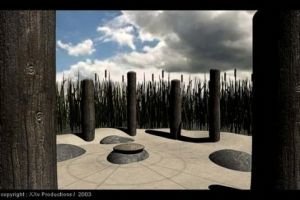 Adventure Gamers has learned from Jonathan Boakes, independent producer of critically-acclaimed Dark Fall that his current project Splinter has been sold to a larger London development house. As a result, Boakes has now begun work on Dark Fall II.

GameSpot, EuroGamer and Computer and Video Games has posted their previews of Broken Sword 3: The Sleeping Dragon, the 3D adventure coming from Revolution next year.Be also sure to check out the lengthy preview at AdventureGamers.

In the October 2002 issue of PC Gamer US, LucasArts director Sean Clark speaks for the first time about his new project Full Throttle II. He reveals some first glimpses of the story: "Ben, the leader of a biker gang, gets himself entangled in a greedy plan to destroy a town and, more importantly to Ben, all the roads. In the process of preserving this dingy corner of the world he meets, greets, and beats up a menagerie of tough and gritty characters, and goes toe-to-toe with a variety of other gangs. Oh yeah, and he gets to blow up a lot of stuff, too."

Presto Studios, the company behind many adventure games including Myst III: Exile and the Journeyman Project series, soon won't be making any more games. You can read more at the Unofficial Riven Home Page.

The 45 MB Broken Sword 3 teaser video has been converted to a 15 MB DivX file and can be downloaded at GamesWeb.

The friendly canucks at CanadianGamer have reviewed The Watchmaker, giving it a less-than-decent score of 55 percent. A good storyline and "challenging puzzles" were cited as Highs, while the game's technical aspects dominated the Lows.