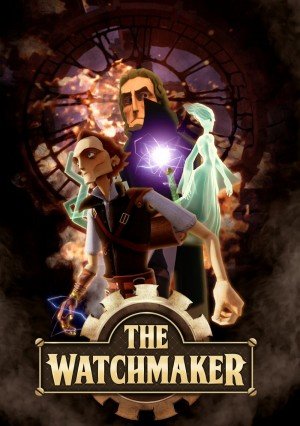 Alexander is the keeper of a giant clock tower full of gears and platforms, where time is an essential resource. One day Alexander realizes that his precious clock has been sabotaged, making time run wild and aging him quickly, as if suffering from a strange disease. And so instead of collecting medkits, Alexander collects time to regenerate his youth. The entire aging process is elaborately animated and reflected in the character’s face, posture and movements. Trying to avoid the ultimate end that old age brings, players must guide Alexander through the clock tower to uncover its many secrets.

No relation to Trecision’s 2001 adventure by the same name.

There was barely enough time for the Russian publisher to walk us through their extensive adventure(ish) lineup in Cologne.

6 Apr, 2017
Clock is ticking on The Watchmaker’s Kickstarter campaign

Walkthrough for The Watchmaker (2018) 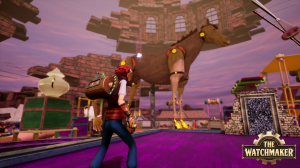 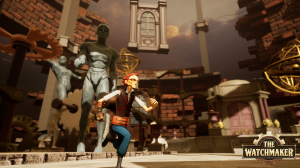 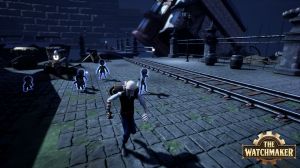 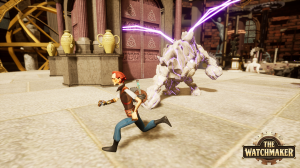 Videos for The Watchmaker (2018) » View all videos