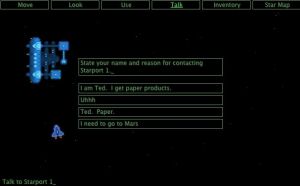 In the distant future, humans can transfer their minds into interstellar vehicles. Players control Ted, who is sent on an errand to pick up some stationery from Mars. But of course shenanigans occur, and you get sent to a previously unknown part of the Galaxy... and now must find your way home.

Originally released as a commercial product, then made legal freeware by the developer in June 2012.

Walkthrough for 2299: The Game

Stuck in 2299: The Game, or looking for the best way to proceed? Click below to view our walkthrough for 2299: The Game and wonder no more! 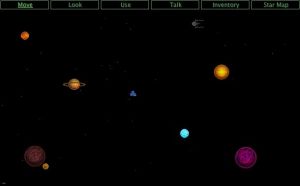 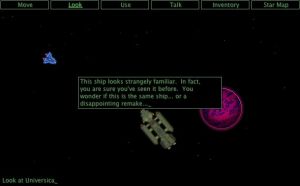 What our readers think of 2299: The Game

There haven't been any reader that reviewed 2299: The Game yet. Please share your (short) verdict, a review or post your star rating!


2299: The Game by Bryan Lunduke - A Point and Click Adventure Game

2299: The Game is an adventure game, released in 2012 by Bryan Lunduke. 2299: The Game has a Stylized art style and uses a Point-and-click control scheme. Adventure Gamers have not yet published a review of 2299: The Game, at this time the community has not provided a rating for 2299: The Game.