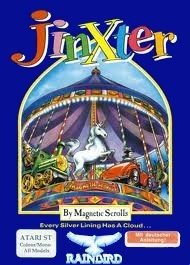 Just when a man thinks his luck is running out, things start getting even worse. He gets run over by a bus. Sprayed with cheese sandwich by a supernatural being. Smashed against a tunnel by a speeding train. He falls from two thousand feet into an artificial waterfall. He gets drunk, drowned and cursed. He gets incinerated, widdled on, folded, bent, spindled, mutilated, and generally mucked about with. And in return? In return he gets the leading role in a perplexing, hilarious race against time and chance, set in a jinxed land menaced buy the impending death of good fortune.

Stuck in Jinxter, or looking for the best way to proceed? Click below to view our walkthrough for Jinxter and wonder no more!

Screenshots for Jinxter » View all screenshots (10) 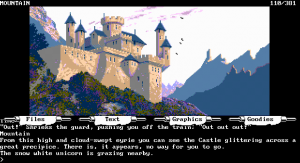 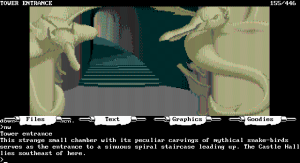 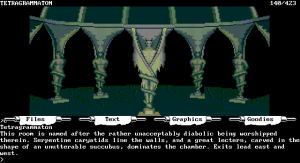 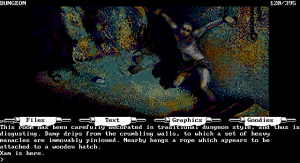 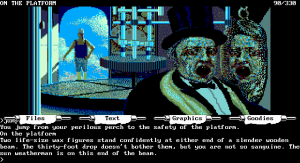 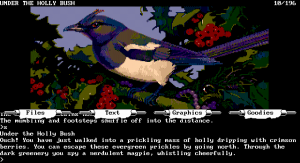 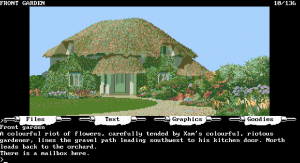 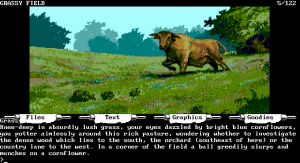 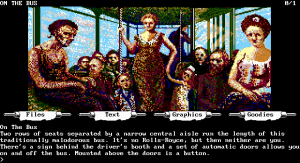 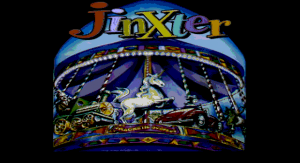 Videos for Jinxter » View all videos

No videos for Jinxter available (yet)

What our readers think of Jinxter

There haven't been any reader that reviewed Jinxter yet. Please share your (short) verdict, a review or post your star rating!

» The Guild of Thieves (series)

The Guild of Thieves

The Guild of Thieves – Restored

Jinxter is an adventure game, released in 1987 by Magnetic Scrolls. Jinxter has a Illustrated realism style and uses a Text parser control scheme. Adventure Gamers have not yet published a review of Jinxter, at this time the community has not provided a rating for Jinxter.