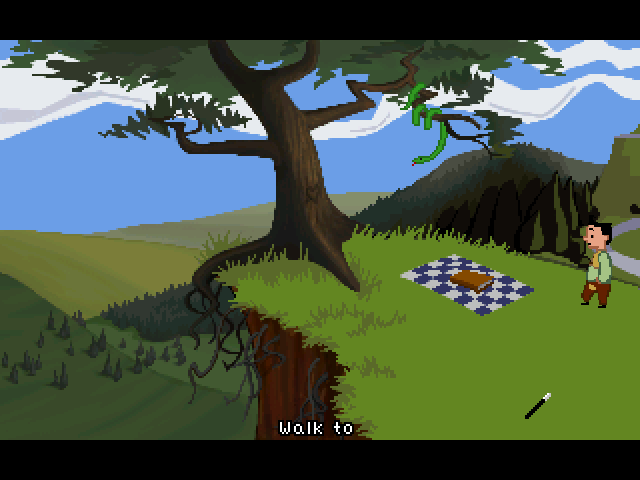 I was going through the list of adventures I’ve played, looking for ideas, and I found two games called “Apprentice” and “Apprentice 2” which I have no recollection of ever playing. It turns out that they’re freeware AGS games from almost a decade ago, which got lots of awards in the day. I guess I must have liked the first one somewhat since I played the second one, but I have absolutely no memory of it. I played through a couple of screens of the first game, hoping I would remember something, but I really didn’t—that is, until I reached this screen, which definitely rang a bell. And then I realised that was because it was a homage to Curse of Monkey Island.

So, does anyone have any memory of the Apprentice series?

There was supposed to be third one, but I don’t think they ever finished it.

Apprentice is one of the better AGS short games. The problem is - it’s quite short. Wanted to play the sequel for some time now.