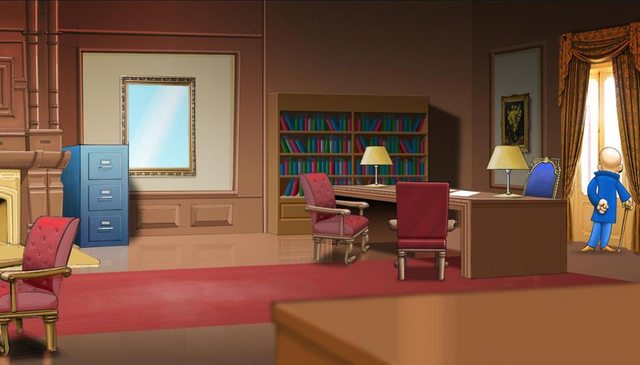 I try to avoid episodic games until the series is complete but was tempted by Reversion: Chapter 1: The Escape (2012) as I liked the look of the artwork & it’s free!
I found quite a good story (or the beginnings of one) in this very short 3rd person perspective game, with inventory based puzzles & good voice-acting, where you control a young man who wakes up with no memory of who he is to find he’s ‘imprisoned’ in a heavily guarded Buenos Aires hospital 20 years in the future.
The screenshot is from a cut-scene towards the end of the game after the protagonist escapes

The bald figure with the cane and the clenched fist looks fairly sinister. Any news as to whether another episode is being developed?

The bald figure with the cane and the clenched fist looks fairly sinister. Any news as to whether another episode is being developed?

Becky, Chapter 2: The Meeting is available but you have to pay for it! I may be featuring that episode later on with as much info as I can find out as to further releases!