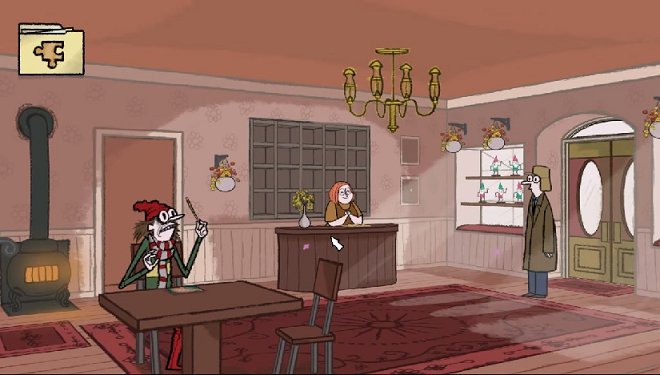 I don’t know why I never played the sequel to the very enjoyable game Puzzle Agent (2010) with its silly story about hidden people in pointed hats. Would be nice to find out what happened after I solved the problem of the eraser shortage in the West Wing of the White House.

I have both games uploaded on my computer and am hoping to play them soon.  I like silliness.

I have played both of them and liked them a lot. The second one received some criticism because it was said the plot was nonsensical; it actually hung together pretty well but apparently went in a direction that some people did not like. A more valid point was that the puzzles were pretty much more of the same.