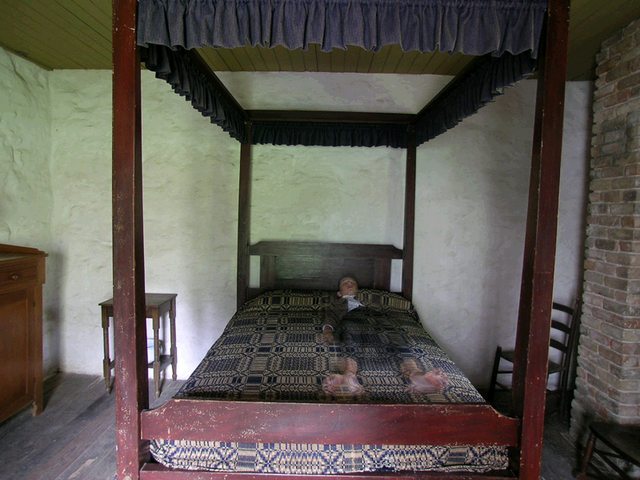 I wanted to enjoy Sterling’s Gift (2007) a lot more than I did but ended up having a soft spot for it anyway!
It’s a very short game set in the modern day Neill-Cochran House located in Austin, Texas, now a museum, that was the home of Elizabeth (Libby) Custer & apparently left as it was after she died.

The fictional story, which intertwines between true events, focuses on the relationship between Libby & a blind orphan following something given to her husband General Custer from a dying man on the battlefield.
Wonderful stuff but for me Sterling’s Gift just didn’t gel as a game as it didn’t veer from either intensively exploring a museum or reading many pages of a diary in script that was very hard on the eyes rather than presenting a balance between the two aspects. Also the highlight of 2 FMV sequences didn’t materialise for me on my system which I know add credence to this lovely story which I felt was wasted within the presentation of this game.

I own this one but haven’t ever gotten around to playing it. Do you happen to know if it runs on Win 7 64-bit?

Too bad. Thanks for the info.