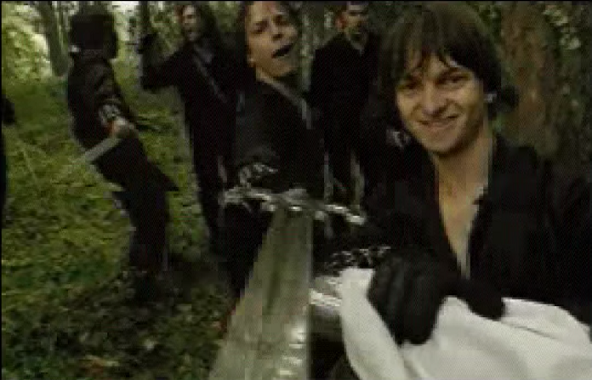 Very bad guys trying to kill the protagonist (you) in A Fork in the Tale (1997). It’s a true interactive movie, meaning it never stops and the player has to make split-second decisions which may or may not be the right ones. I know some people liked it back then, there were even one or two positive reviews, but I remember it as one of the worst games I left unfinished and immediately sold on ebay.

The intro is probably the most intriguing part of the entire experience: a woman on a parking lot gets mugged or attacked by baddies and you try to help her (or not) and end up in hospital with a shot wound, where you somehow enter a mysterious parallel world with the help of a metal bracelet. It’s downhill from there. Idiotic story, really bad acting, cringeworthy humor.

I kinda liked it.

I hope you’ll agree that at least the acting was bad…?