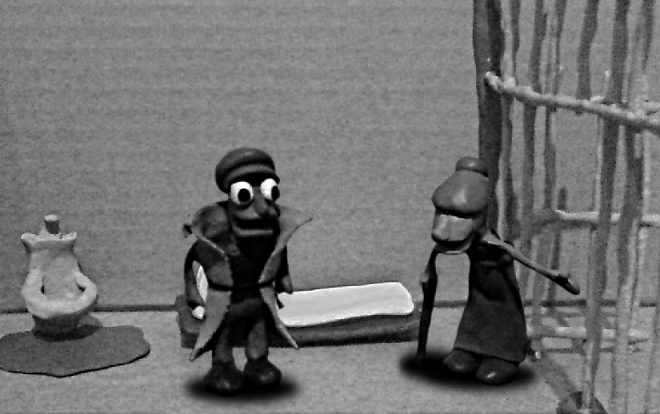 Dominique Pamplemousse in “It’s All Over Once The Fat Lady Sings!”(2013) by Deirdra Kiai, also known at AG as squinky, was funded at indiegogo. Made of clay and cardboard, entirely in black-and-white. The text is sung for the most part, some of it is spoken.

It’s a very short game, with a very short story and half a dozen characters and no puzzles to speak of. People who know squinky from the forums will recognize her writing style from previous freeware games.  I don’t really know what to make of detective Dominique Pamplemousse. It’s different, that’s for sure. An experiment. The game made me laugh a couple of times. The voices are well done and the singing sort of grew on me, but when I’d finished the game I was glad the music by Squinky and the Squinkettes stopped.