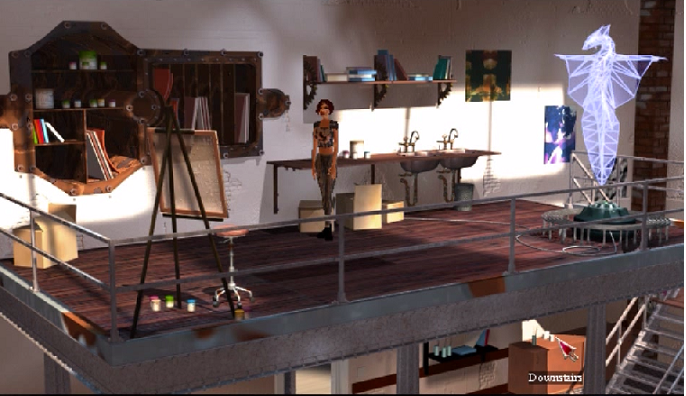 When I started playing The Longest Journey I was afraid I’d be bored by the long dialogues I’d seen mentioned so often. But the amazing art style drew me in and I loved the slow-paced epic story with its longwinded characters. A beautiful game.

One of my Top-10 games ever. A true classic P&C, with an epic storytale, great graphic style (even the character models were top that time), excellent voice actors and very nice riddles!!
So many unforgettable characters, like Cortez, Crow, Westhouse, Jacob McAllen…
And above all, April Ryan, the greatest heroine in all gaming IMO. A totally realistic character, with both positives and flaws that I learned to love….
(See, that’s my problem with Dreamfall and Chapters! I don’t even like Zoe! I couldn’t care less if she lives or dies!).

(See, that’s my problem with Dreamfall and Chapters! I don’t even like Zoe! I couldn’t care less if she lives or dies!).

Dreamfall is a different series as far as I’m concerned. Doesn’t feel like TLJ, doesn’t play like TLJ.

TLJ might be the last time I loved sitting through a game with that much dialogue. I just couldn’t get enough of the story. I don’t know why, I haven’t had the same experience with any verbose game since then - and there are a lot of verbose games around.

It has been a real treat revisiting this on iOS. They really broke the mold here with its trendy characters and the story is as good as I remember.

I can’t believe it’s losing to DOTT with that much margin. I mean, DOTT is a great game, but The Longest Journey is epic in every way and should have it’s rightful place in this tournaments semi-final.

I will just quote what I said about TLJ in the voting:

TJL on the other hand is EPIC, it is The Lord of the Rings of adventure games, it is the full package, it is a big dramatic story set in a vivid and large universe with loads of side stories, mythology and background, it is science fiction and fantasy combined in one, it is one of the best written heroines of all times combined with one of the funniest sidekicks of all time, it is emotional

and it is unpredictable

, it is everything you can possibly want from an AG all combined in a single game.
It is in my less than humble opinion the best adventure game ever made!

And there is absolutely nothing hyperbolic about that statement

As for Dreamfall: Yes, it is not as such a sequel to TLJ but instead a different game that takes place in the same universe, but with a very different graphic style and gameplay.

But it is imo also in many ways (but not all) and even better game than TLJ. It goes even deeper into the mystery and mythology of the universe, kind of like the difference between The Hobbit and Lord of the Rings. It is a darker game which I like, and there are so many balls in the air and unsolved mysteries, that it is every conspiracy theorists wet dream.

And on my recent replay (though not originally), I actually really liked all the stealth sequences - Yeah I know… I’m weird!