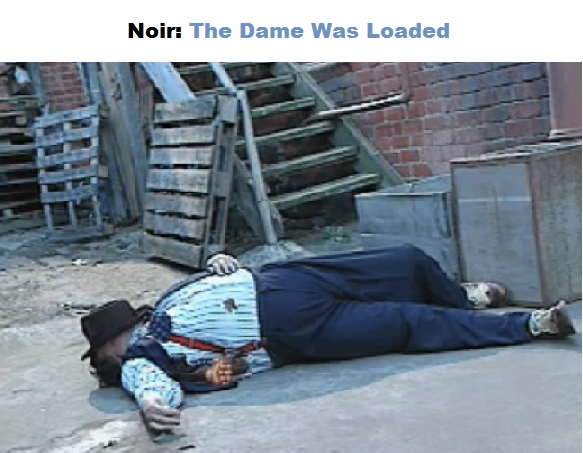 I love Noir in books and movies. I have watched The Big Sleep and Chinatown many times. The marvelous atmosphere of corruption, sex, murder, and the typical sarcastic one-liners. Noir games are usually less convincing. Well, at least they tried, we can’t all be Polanski.

I remember the story of The Dame Was Loaded as decent, but I read there are many endings and I only saw one. The developers made a couple of bad gameplay decisions, which took away some of the fun. It’s the story, the characters, and the truly atrocious acting that kept me playing. Especially the acting, although one look at the stills of the sullen waitress was enough to start me giggling. The voice of the protagonist wasn’t bad though. He tried a little too hard to sound deep like Marlowe.

In the screenshot my favorite bad actor. He’s your partner and he’s been killed. No big loss. His death scene made me laugh out loud.  See for yourself. It starts at 9:25.

OMG!
The “hand pointer” in that specific place in the screenshot makes it look like your partner died on top of someone else!!! 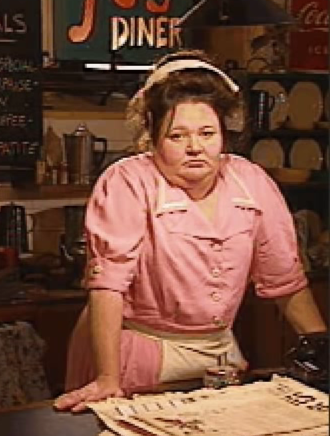 You missed the best one.

I was saving the best for last.