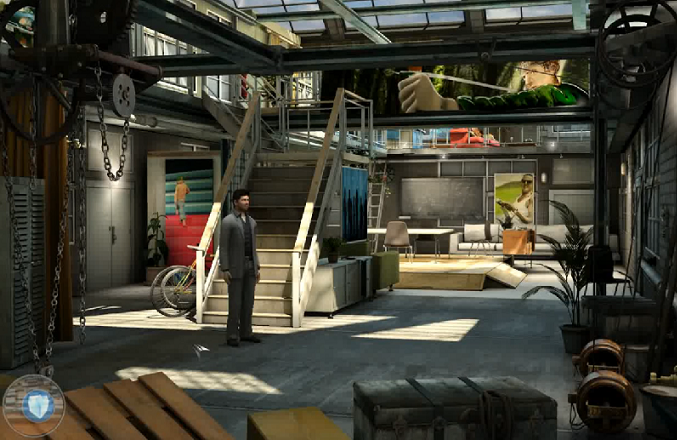 I enjoyed Moment of Silence and Overclocked, and had been looking forward to 15 Days (2010). It is not a good game and it kept crashing on me but the graphics are eye candy.

It’s sad that House of Tales is no more. The good news is that Martin Ganteföhr has joined Daedalic “to craft a wholly new game”. YES!

I was a little disappointed with the ending of 15 Days but otherwise loved the story up until then. It’s a game though I would not recommend because of the technical issues of getting it to play on most systems - I just about got through it on a brand new PC with a good graphics card but even then I experienced many crashes.

Whenever someone mentions 15 Days, I’m always reminded of this grotesque painting: 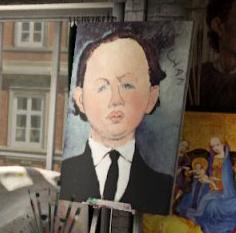 I adore him. But that’s not Tony Blair, it’s Srdjan Verbic:

I liked 15 Days more than Moment of Silence and Overclocked, though none of them were great. The story was interesting. I don’t know why it gets such a bad rap.

The main problem but not the only one, that I had with 15 days was that it felt like they really wanted to make a movie instead, and then they occasional remembered that they were making a game and shoehorned in some puzzles.

Imltho 15 days is an example of everything that you should not do when you are making a game. I do however agree that the story was not terrible and that it had some nice graphics.

Yes, there were no challenging puzzles and maybe that’s why I liked it. The main thing I remember about the other House of Tales games is wandering around some very dull environments trying to figure out what to do, which wasn’t much fun.

It is not so much the lack of challenges I disliked, it is more the whole way the game works, with the extreme over-reliance on cut-scenes and inconsistencies in what kind of game it actually wants to be. But I don’t want to sound like some grumpy 15 Days hater so I will no go further into this.

And I am glad that at least some liked this game.