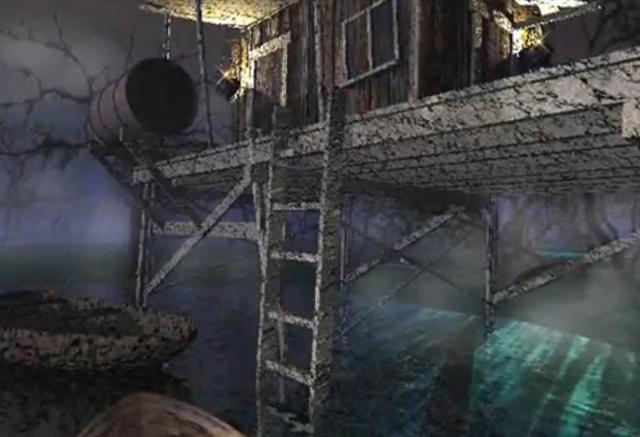 Intrigue at Oakhaven Plantation (2006) is an independent game by Cindy Pondillo set in 19th century Louisiana in which you play in 1st person perspective as both Daphne & her cousin Dominic who each have a series of puzzles to solve with the 1st to do so being the one to inherit their Grand-mére’s estate.
The game is not voiced but has some pleasing sound effects & music. I found the story interesting, enjoyed the variety of puzzles & loved the intricately portrayed environments.

I just had to post this screenshot as it’s got a ladder in it that’s not in DarkEye’s quiz!

I just had to post this screenshot as it’s got a ladder in it that’s not in DarkEye’s quiz!

Not only that, this ladder scene was nowhere to be seen on the Internet until now (AFAIK).
You could have used it to stump guessers in AGSUG (or any other screenshot-guessing thread/game/quiz/...).