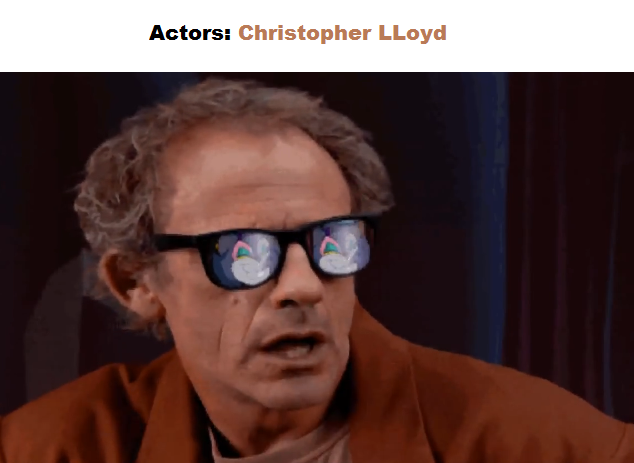 I’m one of Christopher Lloyd’s fans. He was great in Back to the Future and Addams Family Values. After all these years, I still remember a young Lloyd from One Flew Over the Cuckoo’s Nest, so he must have been very good.

And not as Judge Doom in Who Framed Roger Rabbit?

Don’t forget the Taxi series, as well as several of his other (lesser known) films (like Goin’ South, T’Bone and Weasel, etc.).

Christopher Lloyd has an amazing comedic timing, and an insane level of randomness to his performances. In all the behind-the-scenes clips I’ve seen of him, he NEVER gives a line the exact same way twice (which makes him a nightmare for a director wanting that line from different angles in different takes, but which also makes him utterly hilarious for the rest of the crew as it’s not only always different but the differences make it even funnier).

He was never one of my favorite actors. I think it was his role in Star Trek III, where he was such an inappropriate choice for a klingon. Not his fault though. He was good in Back to the Future, and Toonstruck.

Heh.  I had forgotten he played Uncle Fester and was also in Cuckoo’s Nest.  I liked him in both those parts.