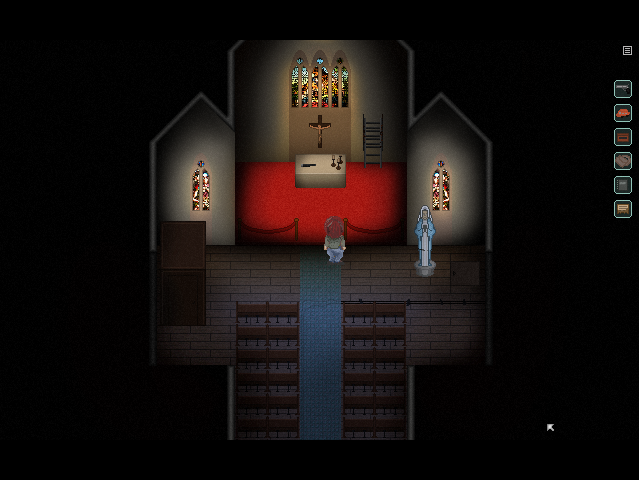 I finished indie game Richard and Alice (2013) last week. That’s the most depressing, distressing, bleak, chilling game I’ve played in years. Man, man, man. (Read the AG review if you want to know what it’s about.)

The developers must have done something right, since I played it till the bitter end. Kudos for the plot, the atmosphere and the constant feeling of threat, but they are no Michael Haneke. The writing is not all that good, and I’m suprised that according to the credits five people worked on the terribly basic graphics.

The game seems interesting even after reading the review but I think I’d have to be in the right mood to play! (or should it be the wrong one?)

Never heard of this one before, but now I’m intrigued.