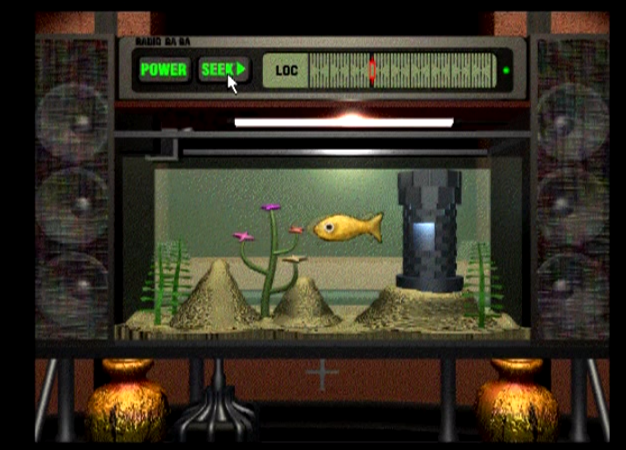 When I discovered Total Distortion (1995) on ebay years ago, I asked at another game forum if people had played this 1st-person music video adventure game. Nobody had heard of it, so it must be even more obscure now. Weird too. You must compose music video clips from existing material or go out and film your own stuff. Then sell them and make enough money to end the game. Sounds easy? It is not. I don’t think I ever produced a video that wasn’t rejected for some reason.

I don’t remember much about it, except that I didn’t like the metal music and the environment was weird but interesting. You could die. Your health would go down so you had to sleep and eat. And there were minigames.

I’ve heard about this game a long time ago. Still, you’d stump me with that screenshot on any given day in any given “guess the screenshot” quiz/thread.

You could die. Your health would go down so you had to sleep and eat.