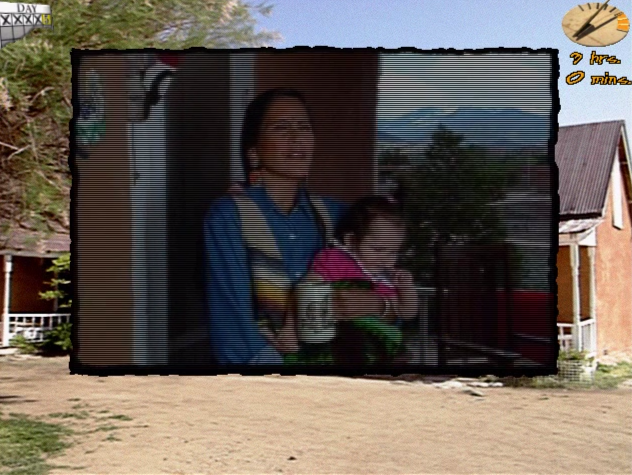 I expected more from Santa Fe Mysteries: The Elk Moon Murder (1996) than I got.  It’s the usual police investigation: murder scene, forensic clues, lots of people to ask questions, lots of red herrings. FMV, beautiful real-life environments and great to see native Americans in a game. My cup of tea. But they used one of oldest tricks in the book to make a basically simple case harder: the whole thing is timed. It’s impossible to interview every witness/suspect in the available time.

Still, I did enjoy trying to find the killer. Who knows, I might play Santa Fe Mysteries: Sacred Ground one day.

PS: Based on the incomplete info I had, I tried to arrest several suspects who were not guilty of committing the crime. But one of those “innocent” witnesses shot me and I woke up in hospital.

I love the screenshot & it’s one of those games I’ve come across that the plot, people & locations appealed to me but I’d hit a blank trying to find out more! There is a You Tube playthrough for this game ((hey - not the same as playing it yourself!) so it was interesting to read your comments Karlok!
N.B. There seems to be even less info about Sacred Ground!