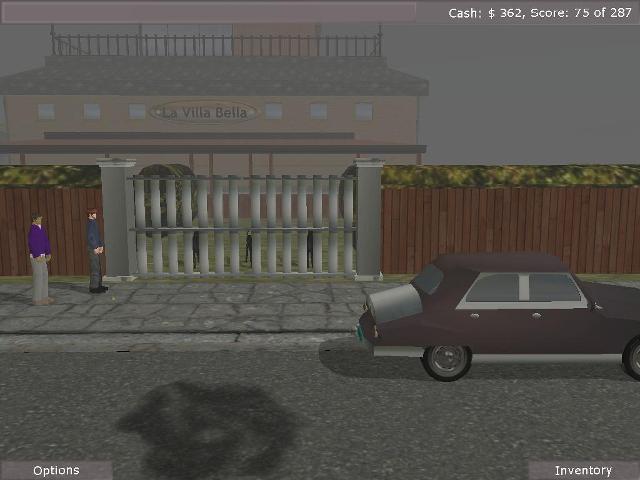 When I first came across this amusing Indie game Tears of Betrayal (2005) I’d never played an ‘old skool’ adventure. It was a novelty to use a command box, more so to have the alternative option of typing in actions & I had a lot of fun trying different things on the many clickable objects in the environments. The story is very basic, the wife of protagonist James is in a coma after being knocked down by a car & he sets out to discover the truth after being tipped off that it wasn’t an accident.

The game’s not voiced but original music sets the atmosphere in various locations. The downside is that movement is clumsy using the P & C interface but the keyboard arrows can be used, also I found I had to reload on occasions after getting James stuck in the scenery!