Problem is, if everybody thinks this way, there won’t be TR games in the future to pay $25 for.

You’re missing the point. Problem is not paying full price for a game. It’s that the pricedrop came too soon.

You are missing mine. The AAA single player industry is struggling and companies employ shady techniques like loot boxes and micro transactions to keep these games viable. This new TR did not do that which is very admirable. If you want your beloved franchises to ever come back, you have to support the developers. Waiting for a huge price drop won’t cut it. This Tomb Raider I bet you will be will be the last one made in quite a while. Yes you got it cheap but at the price of not seeing another one.

Sony is the console manufacturer so they get more exposure with the games they publish. Also, even if their games don’t sell a crazy amount, they can help sell consoles which is what Sony really wants at the end of the day. That being said, yes these games sold well, but how much revenue did they bring in compared to something like GTA online, Fortnite, Overwatch or Rainbow Six Siege. Sales are all relative, and with Siege or Fortnite for example, the games sold like crap to begin with, but now have made a ridiculous amount of money that puts any SP game sales to shame. Single player games live or die by that first month of sales. You mentioned these games, but what about Prey, Wolfenstein 2, Dishonored 2. Bethesda was the biggest third party publisher who was a proponent of SP games, and now they are releasing an MP only Fallout, and Arkane made it clear they won’t be doing Dishonored anymore. I just read today that Shadow of the Tomb Raider sold less than the original Tomb Raider back in 2013. I bet you can kiss the franchise goodbye.

Usually, they take a loss at the beginning of the hardware cycle, but with mass production and electronics parts dropping in price with time, they start making a profit at some point.
Also, they are the platform holder so they take a certain percentage/cut for every single third party game sold on the platform, whether it is retail or digital. That is why they want to have as many PS4s in peoples’ homes as possible.

That makes sense; thank you.

I personally think Sony sacrificed the PSVITA to ensure the PS4 was a huge success.

Right now, Sony is making huge profits from the PS4. When they have a huge hit like Spider-Man, the reap the profits.

I don’t expect another handheld from Sony ever, and with the PS4 at the sweetspot for profits, I don’t see the PS5 until late 2020 or even 2021.

I just finished Summer Lesson on my PS4VR system and loved it.

Full Throttle Remastered - it’s incredible how the soundtrack can influence so much of the feeling you get out of a game. I think DoubleFine did a good job on this remaster, even though I still feel that the original looks great (certainly even better on occasions - take the Cave Fish cave for example, in which the original had drips coming from the ceiling while the remaster doesn’t - that lack of detail took away some of the feeling from that scene). Having the option to switch back and forth between the two versions makes you appreciate the strong points of both. I enjoyed the widescreen support, but felt that the original style was a better fit with the whole theme of the game.
Anyway, I’m glad that classics get this type of attention which might make them appealing to newer players. The game was fun to replay, with all the ups and downs that I remembered.

Would be nice to see a sequel to this.

Nobody knows what is gonna happen at the end of the line, so you might as well enjoy the trip.

I need to play this, loved the origonal.

Lost Horizon
The different locations were very enjoyable for your very brief visit to each. Although I would have preferred them to skip Berlin and go straight to the castle.

It was also easy to get the hang of the puzzles. But that actually leads to a problem for me, after awhile the puzzles all started to feel samey. Need X, find it but Y is in the way, so help Z with something and then you can remove Y and finally get x. It’s fine, but it shouldn’t be most of the puzzles in the game, they needed to mix it up more.

Fenton Paddock was an amiable enough sort I suppose, but I found Kim to be unlikable. Thankfully she didn’t say too much. I wasn’t at all put out when she supposedly died. The ending was a bit weird but that was expected.

Lost Horizon 2
Hmm.. Where to begin. Surviving a a bombing raid by hiding in bath tub… Just no. Anyhow, this game was fairly straight forward, and kinda boring. There was some traveling about, but the locations didn’t really grab me as much as they did in the previous game. I wasn’t really a fan of Fenton’s new voice but it works alright. At one point Gwen was clearly saying Fenton’s lines.

The end really left me a bit confused. Are they both dead? If not then why are they out in the middle of a field? Wouldn’t Fenton be back in the army, and Gwen doing whatever she should be doing?

It wasn’t that bad just not very exciting. The puzzles weren’t great but at least they were varied. I give this a 2.5 out 5.

Having seen this product publicized as proper fun during my night rounds, I decided to give it a try despite all the warning signs of it being a full unbearable experience akin to most cartoonishly low quality products from Hondo-City. I went in with low expectations.

It is as bad as the rags the creeps wear nowadays. Besides having bland gameplay and graphics even for its time, the plot and characters are in the same ballpark as the neon graffiti tags that fill the city blocks. Ugh. Not only does this product demands that the player replays it multiple times with little to no changes just to get the full version of its average story, which seems to have been written by a norm that one night decided to binge-watch a couple of Philosophy 101 videos on the Khan Academy library network, but it also requires the player to go through it alongside the most bipolar video game characters one has ever encountered.

I decided to read the files on its main perp, writer and director Yoko Taro, and what I have discovered is that he tries to achieve emotions not with good writing but by making the player spend a lot of time with his characters.

For the crimes of predictable plot twists, extreme sudden emotions, unoriginal gimmicks – as in typing the same words over and over again until P.A.T.H.O.S. –, featuring the droid infested chorus music like the similarly depraved Zone of the Enders, and for having numerous technical issues, I sentence it to:

Maybe the fatties will stop disregarding the notion of quality when a self-professed auteurs like Hideo Kojima and Suda51 are involved and become productive members of society.

Never in my years have I ever seen such a miserable display of cadets! The whole block needs the firm hand of the LAW and these princesses can’t even stomp on the murderous perps!

The boss battles made Mean Machine an evil genius by comparison and the flimsy primitive weaponry takes a full mag to immobilize the muties, even when aiming at the glabella, making my Lawgiver shiver with disgust. Although the contemporary AMC-tier writing removes any trace of the sanctioned charm found in previous entries, the option for the classic soundtrack is still there to accompany these unfit rookies on their night patrols.

The remake of the 1st Resident Evil puts this product to shame, especially in the aesthetics department. Additionally, the series is resurrecting an issue that the 4th entry perfectly dealt with, dumb it down for the unsuspecting law-abiding norm. For clarity, the handgun “Matilda” with a Gun Stock occupies double the inventory space of a shotgun, which here is apparently the same size of a key. 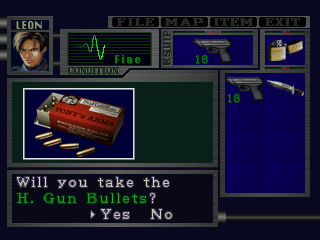 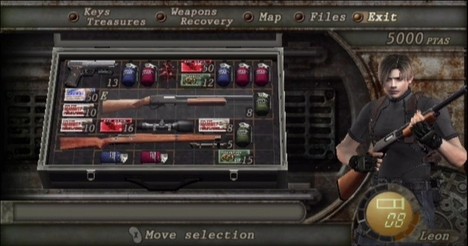 Evidence #12b – Above, the results from the lab. confirms first degree blandness.

I’m sentencing this one with 7 years out of 10 in the cube!

While other, more famous, franchises are constantly dumbing themselves down to please the norms, here comes a product that’ll make you lose yourself with ease amongst such beautiful vistas (and by Dok, those churches) and stories from the medieval Kingdom of Bohemia.

The bads are few but still worth mentioning: 1) the animations during the dialogues aren’t many, 2) a few glitches & bugs here and there might ruin a mission or two midway (it only happened to me once) and 3) Judge Girlfriend was justifiably miffed that the whole Theresa’s courtship shenanigan ended so abruptly, it being an upcoming DLC and all.

As such, I’m hereby sentencing it to 8½ out of 10 years of hard work at one of the penal colonies. Maybe after ironing out a few things, it’ll get a solid 9.

P.S. I want to give props to Exorcist-Judge Danial Vávra, the director and writer of this product, for not giving a mutie’s ass about the non-existent race issues raised by the Tumblrinas.

Im at the tail end of tales of vesperia definitive edition.

First tales game that i have ever played. Great visuals, good voice work, great characters but just an ok story. I also love the battle system and the jrpg elements. The game is long, between 70 and 100 hrs, depending on if you do all the side content. Overall i would give it a solid 8.5/10