I remember liking the atmosphere and graphics of Dracula: Resurrection (1999), but I can’t seem to recall much about the gameplay. Loading it up to take today’s screenshot made me want to play it again though. The intro really sets the mood.

Anyway, we have a creepy looking grave with some Latin text about blood engraved on it. Unfortunately, there doesn’t seem to be a way to get rid of the cursor which kind of taints the screenshot a bit.

One of the best adventures I have ever played.

I play it in February (when it’s dark and when there’s snow outside) every third or fourth year. Last time I did so in February of 2012, during a blizzard.

Yeah, one of the best games ever. I think it’s time to replay it.

Here’s how the cursor/pointer icons in Dracula 1 look like:

Zobraks is right. (He usually is.

)  That Amerzone cursor looks very strange in Dracula Resurrection. Of course Bastich will ignore these comments. (He usually does.

That definitely is the cursor from Amerzone and a look at screenshots from the original game release show a different cursor that consists of a red dot bordered by gold which looks much better and is less visually intrusive.

I took this shot from the Gog.com Dracula Trilogy edition and I can only speculate as to why the Amerzone cursor is there:

1. Amerzone uses the same engine?
2. The original Dracula engine version has some compatibility problems with modern PCs?
3. So they updated the Dracula game with the newer version of the engine used in Amerzone?
4. The original cursor was changed accidentally due to #3?

EDIT: Okay, I looked in the game install directory and there are files called cursor.gif/pcx. The incorrect cursors are the pcx files. If you’ve purchased the Gog.com trilogy like I have, you can simply copy the cursor.pcx files from the Dracula: Last Sanctuary game install into the Dracula: Resurrection install folder and you will get the original cursors back. Here’s the same screenshot taken again after the change:

Funny, this is what my version of Dracula: Resurrection looked like: 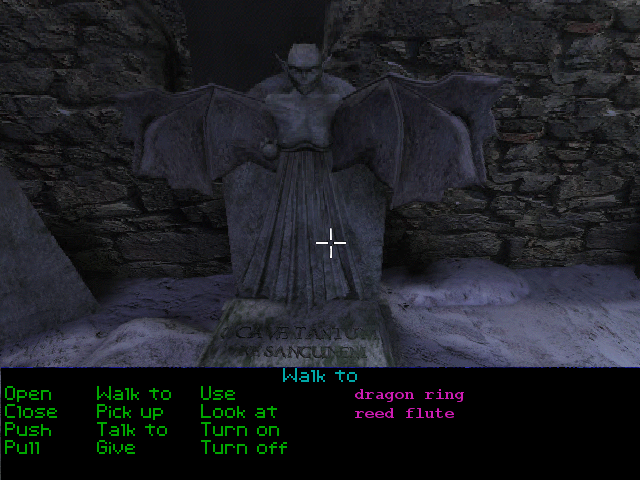 That’s a very rare cursor, Diego!  I’m pretty sure the Kickstarter project Resurrect Dracula Resurrection designed it exclusively for backers who pledged $250 or more.  I envy you!

Since it’s so easy to edit the cursor you can also just make it completely invisible. It can be a bit difficult in the menus and stuff, but it makes looking around in the world a tiny bit more immersive. Here is the shot once again with the cursor gone:

I can see a new meme: 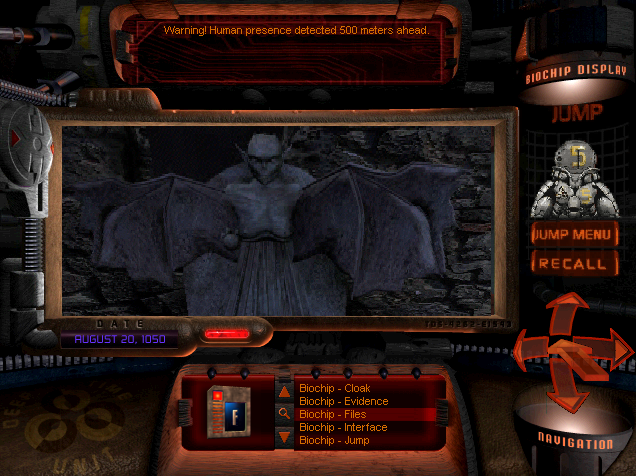 That’s a very rare cursor, Diego!  I’m pretty sure the Kickstarter project Resurrect Dracula Resurrection designed it exclusively for backers who pledged $250 or more.  I envy you!

It shipped with my vampire teeth, tuxedo & Dracula cape. It’s a steal if you ask me.

Mrs. Ratched will be with you in a minute.

Oh, there she is: