I don’t think I need to tell anyone who Prince is, seeing as he is one of the most successful musicians of all time, but today’s scene is from his game Prince Interactive (1994).

Unlike yesterday’s Alice in Chains game, which had a story, goals to achieve, a conclusion, and didn’t contain anything unrelated to the gameplay in it, Prince’s game is more of a virtual museum about himself and his oeuvre. It has no narrative or goals and hence has no endgame.

Gameplay consists of wandering around a mansion of sorts and consuming various videos, songs and data about Prince’s discography and life, some of which are locked behind various puzzles. There are a handful of different puzzle types, like music video based slider puzzles, sound puzzles, and trivia puzzles, but they are all rather simple. You can also do some karaoke or remix his songs.

I can’t say I really cared much for the experience. Perhaps I would have liked it more if I was a bigger Prince fan, but the most notable part of the game for me were the dancers in some of his videos.

off topic , but it seem the between the years ‘94 - ‘97 you were really busy or lets say entertained .

I remember this one well. It was packaged in a software compilation set that consisted of 15 CD-Roms in one of those long plastic CD wallets that folded out. The music is actually pretty good since it’s Prince just at the tail end of his peak before he vanished into his Xanadu-esque Paisley Park studio. 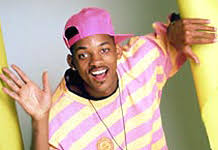 I knew the name sounded familiar.

where is your Sig Mighty™ ?
i am wondering what you are watching now!

i am wondering what you are watching now!

you are getting old Migthy