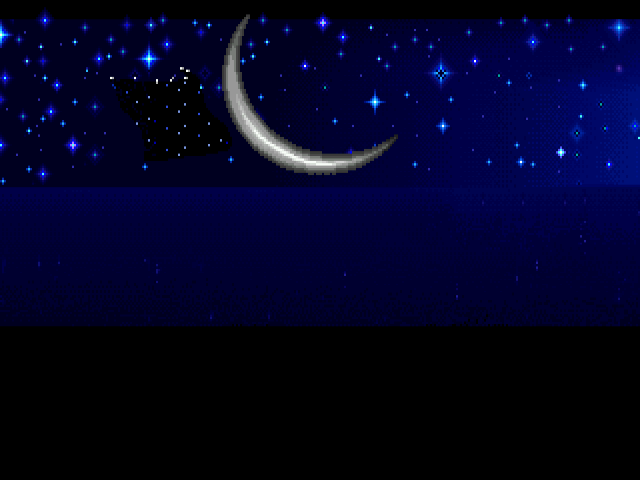 I’ve replayed the game countless times, and one thing that always strikes me is how controlled and consistent everything is. This is a game that knows exactly what it wants to be, what it wants to do, and achieves it masterfully. It sticks to two eminently-classical themes: a coming of age story, and a fable about destiny and prophecy. Its gameplay and interface are elegantly geared toward a single mechanic. And Tchaikovsky’s Swan Lake creates its magical aural universe. Loom’s tone is always muted: sometimes funny, but never farcical; sometimes sad, but never melodramatic; sometimes dealing with universe-shattering forces, but never trying to be epic. While every other LucasArts adventure (except maybe The Dig, another game shaped by Brian Moriarty) is an explosion of colours, sounds, feelings, crazy action and bombastic music, Loom is quiet, understated, subtle – and, if you’re in the right mood, all the more powerful for it.

It ends exactly as you knew it would, as should be the case for a game about self-fulfilling prophecy. It neatly circles back to its starting point, the final draft played being the first we heard, highlighting both how much Bobbin has grown over the course of the story and how inevitable it all was.

Loom’s ending may not cause as strong an emotional response as other games’, but every time I’ve replayed it I’ve spent a few minutes staring at that final shot of the night sky, listening to Tchaikovsky’s music and thinking about the game. As such, I couldn’t imagine for a second not having it on this list.

Loom is just a fantastic game through and through. I really should replay it sometime soon, it’s been far too long.