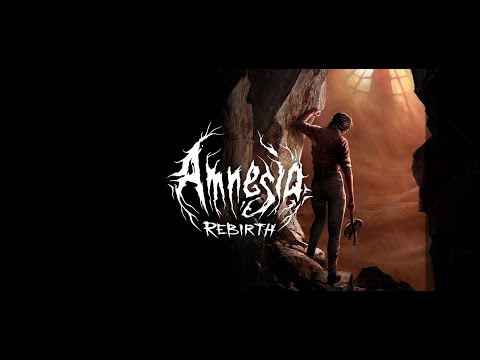 Another great Lovecraftian thriller just at the right time.

What time would that be? That other Lovecraftian thriller known as the US election?

What time would that be? That other Lovecraftian thriller known as the US election?

Halloween or Hallowe’en, also known as Allhalloween, All Hallows’ Eve, or All Saints’ Eve, is a celebration observed in many countries on 31 October, the eve of the Western Christian feast of All Hallows’ Day.

Of course it’s not going to hit quite as hard after years of imitators. Perhaps that’s why Frictional seems to have intentionally backed away from some of those elements and put the focus on the story and world, both of which are far stronger than Rebirth’s predecessor, right up to the multiple endings, which I found far more satisfying than the first game’s rushed conclusion.
https://adventuregamers.com/articles/view/amnesia-rebirth

I just finished it and I must say I’m disappointed

I enjoyed it overall, but its nowhere as scary as TDD and the story wasn’t as good as SOMA. There was some things that really bothered me. As a sequel to TDD I was expecting like an update or an expansion on that formula, like sequels usually try to do, but it felt like a downgrade instead. I know they’re leaning more towards story and exploration instead of the run and hide mechanic that became so popular, but still I hated how inconsequential and bad the encounters were. I think I was found in every single encounter with a monster, I never felt like I needed or even had somewhere to hide. I don’t know how much of this is the game’s fault which clearly the focus is not on the encounters, like in SOMA, or with me that have become desensitized to these kind of mechanics and now finds them more annoying than scary.

I also hated in the end how it looks like we have a choice but even though I tried to sabotage the Empress and destroy everything, which would have triggered the supposed “secret ending”, I accidentally ended up getting the “bad” ending because she caught me. So I had to restart the last save to try like 3 more times to finally get the ending I was intending to get in the first place. Granted, I thought Tasi was going to be able to survive after killing the empress, but I appreciate the bittersweet ending, and in general how there’s not really a good or bad ending but different shades

I’ve found that story building and narrative far more interesting than any monster fest celebrating and you ignoring hide spoiler more annoying than you can’t get the intended ending at the first place.

I’ve found that story building and narrative far more interesting than any monster fest celebrating and you ignoring hide spoiler more annoying than you can’t get the intended ending at the first place.

I would generally agree with this. It’s why I love SOMA so much, for focusing more on story and not so much the monsters. With this game something just didn’t click with me. I didn’t find the story that interesting, the switching between worlds bothered me at first and the encounters annoying. Something I wonder when they mention at the beginning that you shouldn’t play the game to win, is that you shouldn’t run and hide from the monsters because since you’re actually one of them you can win the encounters by failing if that makes sense?

Maybe it was more of a personal expectation, that being an Amnesia sequel I expected to feel something similar to the horror of the first. But like I said I ended up enjoying it for what it is. I still love Frictional’s type of horror adventure, it just didn’t quite work with me this time around.